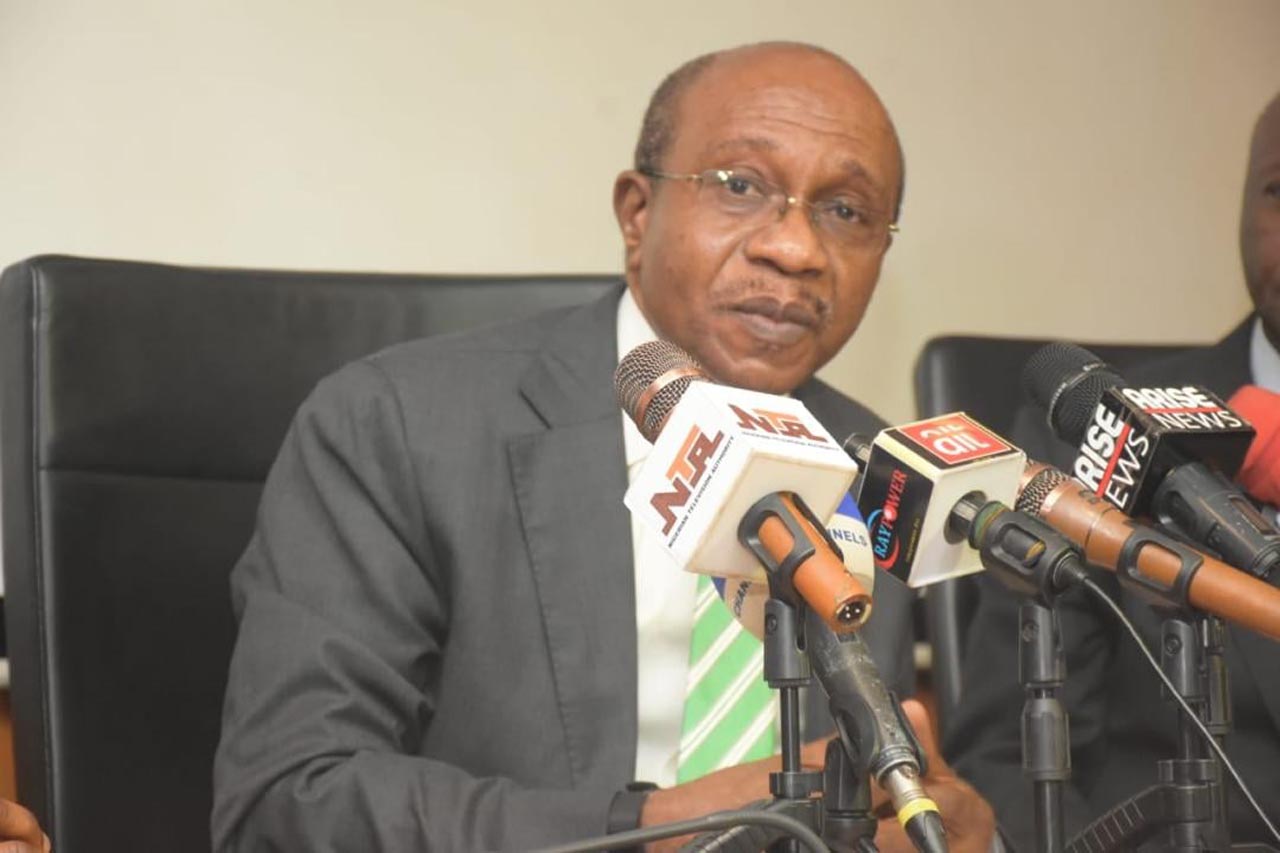 The Governor of the Central Bank of Nigeria (CBN), Mr. Godwin Emefiele, yesterday, joined the ranks of those aspiring to succeed President Muhammadu Buhari in office on the platform of the ruling All Progressives Congress (APC).

Besides, former governor of Rivers State and current Minister of Transportation, Rotimi Amaechi; Senator Boroffice Ajayi, the Minister of Science and Technology, Ogbonaya Onu and former Governor of Ogun State, Senator Ibikunle Amosun have picked the N100 million worth expression of interest and nomination forms of the party.

Also yesterday, a former Manager Operations at the erstwhile Nigeria National Petroleum Corporation (NNPC), Yakubu Mohammed, declared that he would contest for the presidential ticket of the APC.

The aspirants picked their forms through their proxies at the International Conference Centre, Abuja. The Guardian gathered that three different groups purchased the forms for the CBN governor.

The groups, Rice Farmers Association of Nigeria, Friends of Emefiele and Emefiele Support Group, said Emefiele was the only responsible and responsive person to succeed President Buhari.

However, the CBN governor has not officially indicated interest to run for the exalted office. But the groups, which picked the forms for him, insisted that Nigeria was passing through a lot of economic and security challenges, noting that Emefiele, as CBN governor, has shown capacity, focus and courage even as he worked tirelessly with the economic team of Mr. President to keep the country’s economy afloat.

The minister of Science and Technology, Onu, who declared for the race in Abuja, yesterday, described himself as a man that Nigerians could trust, stating that Nigeria has the key to unlock its own prosperity. He, therefore, asked his party and the electorate to elect him as Nigeria’s “Chief Servant”.

The minister recalled his days as governor of Abia when the state provided free healthcare to children and pregnant mothers in public hospitals.
“As a man of great compassion, and also believing that women are great builders of nations, I did not want any pregnant woman or child to die either during pregnancy or child birth, which are the most challenging periods in any woman’s life, just because the woman cannot afford to pay hospital bills.

Hence, all pregnant women received free treatment in public hospitals,” he said. He urged Nigerians, particularly the youth, to know that Nigeria has a bright future. He added: “Let there be nothing that can make any Nigerian lose hope about the future of Nigeria.

“The Almighty God that created us gave our dear nation everything that she needs to be a leader in the world. Working together, we will make use of knowledge economy driven by STI to make Nigeria truly great.”

“My fellow Nigerians, we have the key to unlock the prosperity of our dear nation, and this key is a knowledge economy driven by science, technology and innovation.

“This is so because no nation has ever become truly great, whether in ancient or modern times, without the efficient and effective deployment of science, technology and innovation to nation building. I am convinced that I have the knowledge, the experience, the credibility, the education having been trained in one of the best universities in the world; the vision, the integrity, maturity and a man who can be trusted.

“I most respectfully ask my political party, the APC, to elect me as its presidential candidate, and the people of Nigeria to elect me as the president of the Federal Republic of Nigeria, for me to be the chief servant of the nation.”

On his part, Mohammed, while addressing journalists, regretted that the superior solutions earmarked for Nigeria’s energy security, which could have enhanced the country’s prosperity, were stalled.

He expressed dismay that the political will to deliver such advancements in the interest of the people has become subservient to personal expediency, stressing that after serving the NNPC for 25 years, he leads an indigenous but global oil and gas firm providing revolutionised solutions for energy security for countries.

On his vision for Nigeria, he lamented that “much of our recent national experience is the brazen capture of state power and resources for personal gain and virulent self ambition in order to capture and impersonate more political power to acquire more resources.”

The Auchi, Edo State-born engineer promised that as one born into a humble family of subsistence farmers and petty traders, he was coming to serve Nigerians by leading a ‘New Dawn Movement’ of all Nigerians, particularly market women, students, farmers and private sector operators.

He stated: “For far too long, and now too often in our national life, many great minds had deliberately stayed away from the political process. They chose the convenient option of staying aloof rather than staking their personal reputation and relative comfort on the altar of nation building.

“The privilege of hindsight teaches today that no progressing nation has short-circuited growing pains, without the dedication and sacrifice of capable patriotic men and women. They all, at some point, have come to the same conclusion that to sit it out and groan, is no longer and option.”

He promised that if chosen by the APC and elected by Nigerians, he would begin the process of creating national wealth, insisting that making each state to own an oil bloc and establishment of modular refineries would form part of his programme, even as he assured that corruption in contract award would be a thing of the past.

Meanwhile, concerned stakeholders of the party under the umbrella of APC Rebirth Group have warned the National Working Committee (NWC) against arm-twisting of aspirants ahead of the primaries.

The group, led by Comrade Aliyu Audu in a statement, expressed concern over the insertion of Form 18 tagged, ‘Withdrawal Letter,’ in the party’s expression of interest and nomination forms for aspirants angling for various elective seats. Audu maintained that such document curtails the freedom of aspirants to pursue their aspirations without any form of coercion.

“The Form 18, which seeks for aspirants’ voluntary withdrawal is tacit coercion and violation of the freedom of aspirants to freely decide on their own.

“At what point, for instance, would the party activate the signed form of withdrawal by aspirants? Anticipated withdrawal from an election that has not yet been conducted, such as the one being solicited via Form 18, would not give aspirants the needed confidence in the process, and the party would do well not to give the impression that it is working to suppress the rights of members to fair and transparent contest,” he said.