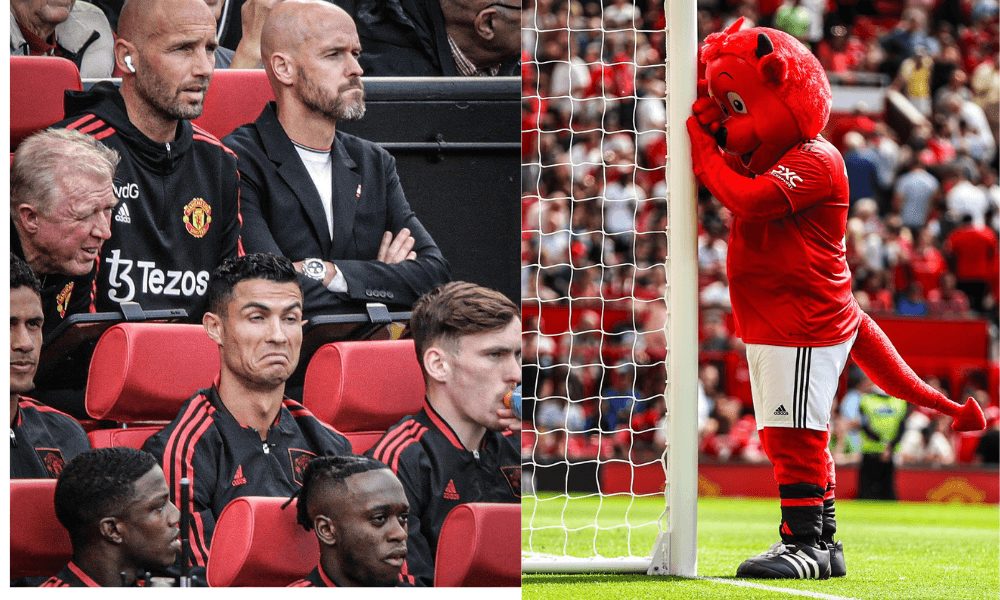 Manchester United have lost to Brighton at Old Trafford in an action-packed Premier League.

Erik ten Hag met Brighton that illustrated the potential they have for the season.

Ten Hag met a gloomy start when Pascal Gross silenced the Old Trafford crowd in the 29th minute of play.

The Seagulls grabbed their second goal after Gross made another brilliant strike in David de Gea’s net.

The Pascal Gross brace proved the difference so far between the visitors and United.

But United pulled one back through a Alexis Mac Allister own goal.

Embattled Cristiano Ronaldo was left at the bench by Ten Hag until 52 minutes when he substituted Fred.

Erik ten Hag said,“Cristiano Ronaldo is working really hard to get in the right fitness levels, it will take time

“He started pre-season last week… so it depends on how quick he is progressing”.

But the Portuguese had declared himself “ready” for the Sunday encounter.

The 37-year-old had interest from the likes of Chelsea and Atletico Madrid, but his future remains with the Red Devils.