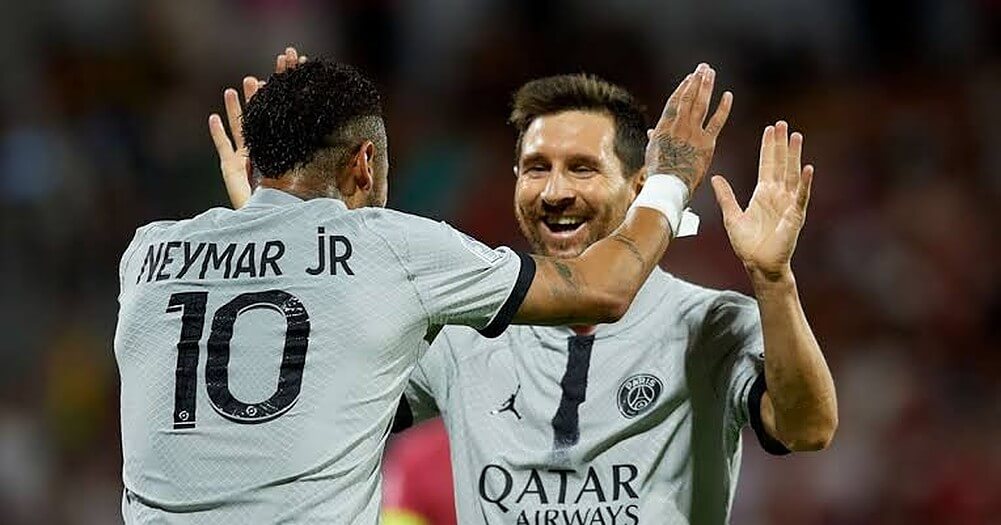 Paris Saint-Germain have won a deserving victory over Clermont Foot with Lionel Messi squeezing a brace in the opening match.

The 2022-23 Ligue 1 season began on a good note for the champions who made a trip to face likely relegation contenders Clermont Foot at Stade Gabriel Montpied.

Clement Foot were into the match as unlikely winners and they helped the Les Parisians moved ontop of the league after a 5:0 Demolision on Saturday.

PSG were firmly in control of the first half as Neymar gave PSG the lead just nine minutes into the game.

A counter resulted in Achraf Hakimi firing a shot into the roof of the net to double the visitors lead after 26 minutes of play.

The third goal came in the 36th minute when Neymar whiped a cross into the box and Marquinhos planted a header right into the middle of the net.

The visitors were firmly in control of the first half which ended 3-0.

The second half was almost a Messi affair as he converted Neymar’s pass inside the box and finished well beyond Clermont’s goal keeper, Diaw.

The Argentine found his second in 86th minute as he controls a cross with his chest in the area, before firing an overhead kick into the back of the net to seal the score 5-0.