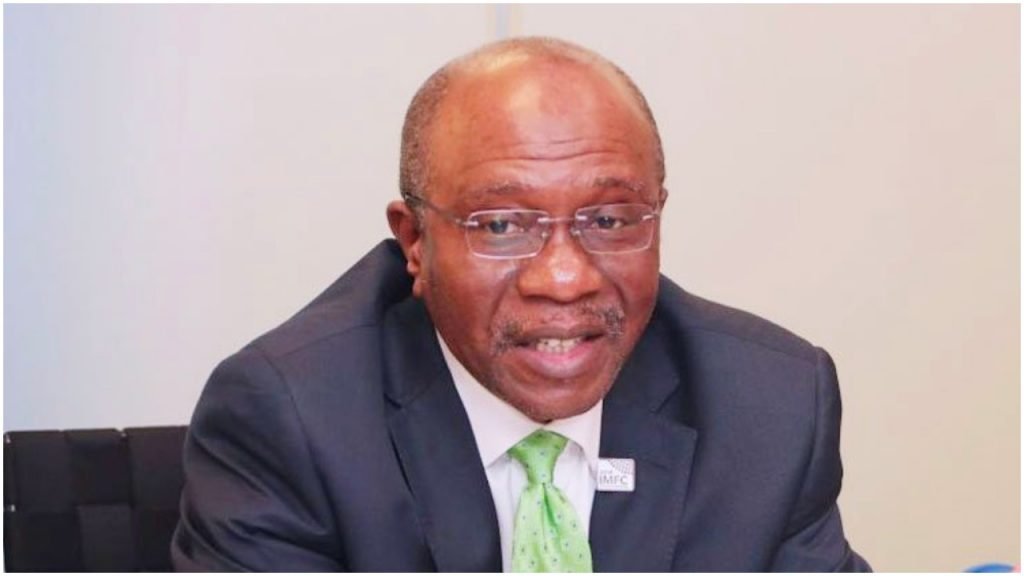 Governor of the Central Bank of Nigeria (CBN), Godwin Emefiele has been lambasted by Nigerians on social media after he picked N100 million All Progressives Congress, APC presidential form.

Nigerians asked him to resign immediately.

We had reported that Emefiele picked the form on Friday at the International Conference Center, Abuja.

This development has stirred reactions on social media as Nigerians condemned the fact that a sitting Governor of the CBN is partisan.

Some have asked for Emefiele’s resignation, describing his decision to pick APC nomination form as undemocratic.”

@TheoAbuAgada “ Nigeria is gone. Imagine the man in charge of Nigeria’s monetary policy is an active politician. Lmao. Can’t make this up. Emefiele must resign now.”

@Editieffiong “ IG of Police or Chief of Army Staff could decide to run for president while actively commanding thousands of armed personnel, and nothing would happen. This is the precedent being set by Emefiele.”

@GraceJohn “Nigeria law is useless, what is CBN doing with APC party still in office? He should resign immediately. What kind of rubbish is this?

@Slyore “I never thought this day will come, where a sitting CBN governor would be audaciously involved in politics. The bar has finally dropped. Sad indeed.”

@DrChinemerem “Under BUHARI and APC, the rules and laws of basic decency don’t apply.”

@AniediUdofia “We live in a crazy country. President sef wants to be party chairman

@Chiukwujioke “Nigeria is a Joke if a CBN Governor can pull out 100m while still in office, then we are in trouble.”

@De’Mayor “When the man in charge of the country’s wealth decides to play politics while still in that sensitive position, that country is finished.”

@Oliviamzia “How can a seating CBN governor be meddling in politics to the point of picking a party ticket for an elective position.”

@OpeyemiAkinyod “ GODWIN EMEFIELE! I don’t even know if to Cry or Laugh at this One sha!!!

We’ve never been this ridiculed in our democratic journey.”

@Pdauda “Impressed at how NOBODY in the ruling party thinks of how this lawlessness will come back to bite them because it will.”

@Denzel “My question is we have almost 8 people picking up this 100 M form in APC. what will this money be used for exactly knowing that only one person will be nominated? what happens to the cash.”

@Leroii_wes “At this point with the number of people picking up the APC presidential form, it’s safe to say they’re all crowdfunding for the flag bearer.Not sure but I thought there was some rule about resigning from certain positions when picking up a ticket.”