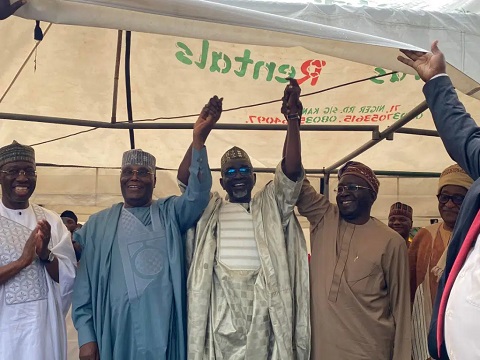 Atiku Abubakar, the presidential candidate of the PDP offcially welcomed him at the Mundubawa home of Shekarau in Kano State on Monday.

Atiku alongside his running mate, Delta State Governor Ifeanyi Okowa, PDP national chairman, Iyorchia Ayu and other chieftains of the party, had embarked on a three-day visit to Kano in anticipation of Shekarau’s return to the PDP ahead of 2023 elections.

The PDP chieftains arrived in Kano on Sunday and are expected to explore the state in a move to lure more notable politicians ahead of the forthcoming elections.

Shekarau officially announced his defection back to PDP today from the New Nigeria Peoples Party (NNPP).