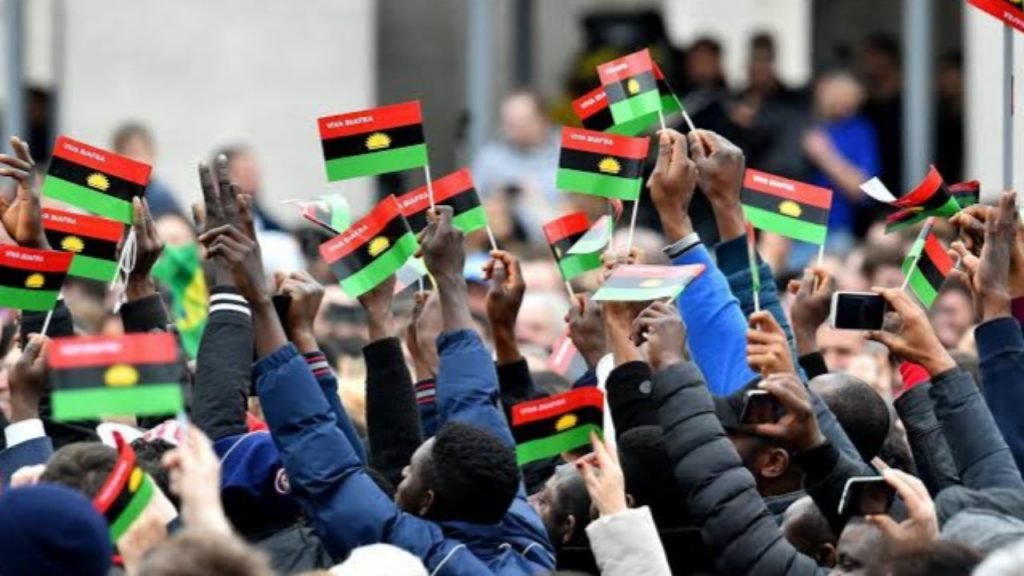 The United Kingdom Government has revealed it will no longer grant members of the Indigenous People of Biafra (IPOB) asylum for engaging in human rights violations.

This was made public in an updated UK Visas and Immigration (UKVI) policy by the British Home Office.

The guidelines issued to decision makers explained how to consider and grant asylum applications to Biafra agitators.

The UK noted that IPOB and its militia, the Eastern Security Network (ESN), created in December 2020, “have reportedly committed human rights violations in Nigeria”.

Britain said though banned, Movement for the Actualization of the Sovereign State of Biafra (MASSOB) is not a proscribed terrorist group but “reportedly been involved in violent clashes with the authorities”.

“If a person has been involved with IPOB (and/or an affiliated group), MASSOB or any other ‘Biafran’ group that incites or uses violence to achieve its aims, decision makers must consider whether one (or more) of the exclusion clauses under the Refugee Convention is applicable.

“Persons who commit human rights violations must not be granted asylum”, the policy dictated.

Decision makers were directed to find out if asylum seekers submitted a previous application for a UK visa.

Thus, asylum applications matched to visas should be investigated before the asylum interview.

Immigration officers must consider each case on its facts, the legal status, profile and size of the organisation the person belongs and its activities.

Others are whether a person in the UK would wish to continue their activism if returned to Nigeria; whether the organisation has a presence in Nigeria, and any evidence that it is being monitored by the government.

Recall that in September 2017, the Federal Government of Nigeria declared IPOB, led by Nnamdi Kanu, a terrorist group.

Critics have long accused the UK of refusing to do the same because Kanu holds a British passport.

Kanu, who is facing charges bordering on treason, has been in the custody of the Department of State Services (DSS) since repatriation in June 2021.

In December 2021, the Nigerian government urged foreign countries to also outlaw those regarded as enemies of State.

“We are lobbying our Western allies aggressively for partnership, investment and support in other areas, such as proscribing Boko Haram, bandits and IPOB as terrorist groups.

Also for consideration are the person’s profile, activities (including online), relevant documentary or other evidence; the profile and activities of family members, among others.