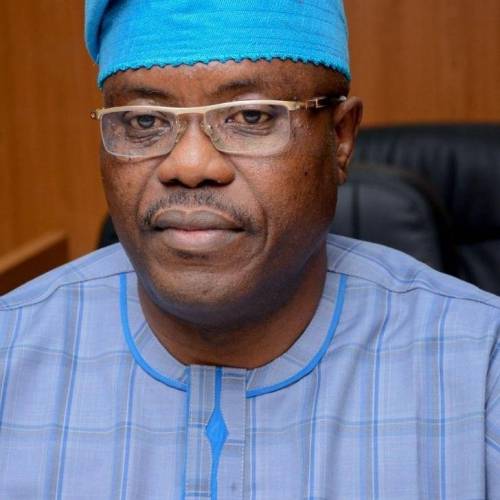 Abiodun Abudu-Balogun, the suspended Commissioner for Environment in Ogun State, has picked the expression of interest and nomination forms of the All Progressives Congress (APC) for the 2023 general election, SaharaReporters reports.

Announcing his intention on his Facebook page on Wednesday, the suspended commissioner asked God to make the 2023 political contest easy for him. 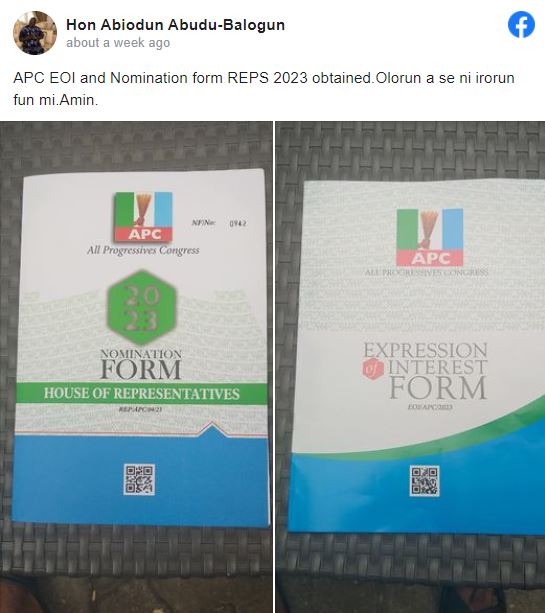 Mayowa recounted that the s*xual harassment occurred on Thursday, December 31, in the commissioner’s apartment. He allegedly fondled her breasts and muttered incantations while she screamed and struggled to free herself from his grip.

In her confession to the police at the Abigi Division, the victim narrated that the commissioner’s aides lured her to his house and his bedroom, after which the commissioner came in and bolted the door.

In the video recording, believably done by a police investigator and obtained by SaharaReporters, the victim, a Senior Secondary School 3 student, added that the commissioner allegedly caressed her body, while offering her money.

She said she resisted the money and screamed before she was eventually allowed to go.

Mayowa had said, “What transpired between me and honourable (the commissioner) is that on December 29, which was a Tuesday, I was on my way to register for my National Identity Number. So, I came across the man who happened to be a commissioner at Waterside Park. I was with a friend.

“So, he called me and said he knew me from somewhere. I said no, he said, maybe I resembled someone he knew. He asked where I was living, and I told him. Then I left. He sent a young man after me to get my number. I said no, that my father’s elder brother stays in the park and that he should get my number from him.

“There was another Austin, a friend, who teaches at a government grammar school. They know the guy. So, the guy gave them my number. It was the commissioner who sent them to get my number.

“On December 31, one Mr Lasisi came to my grandparents’ place in the area and said he knew someone who needed a computer operator and asked if I knew how to operate a computer. I said, yes. Then he said I should get dressed and that we would go together to the place.

“When we got there, it was honourable’s house. A lady, Maryam Odunnuga, came to pick me and took me into a living room. Mr Austin now came out and asked me to come over to a room. The honourable now came inside, and Mr Austin went outside immediately.”