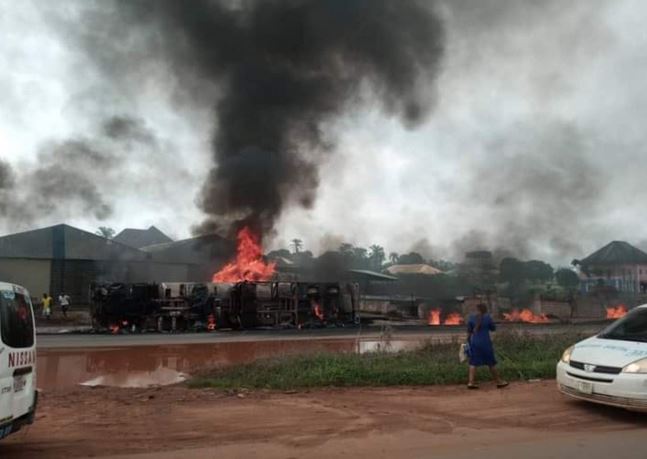 A fuel station located along Umunya road, along the Enugu-Onitsha Expressway, was on Tuesday saved from fire as a tanker loaded with diesel fell and exploded within the area.

The tanker, a source said, fell inside the gutter after the driver lost control. The source said the tanker immediately went up in flames after the fall.

“The diesel flowing out of the truck flowed through the gutter, generating flames and burning everything in its way.

“Men of Anambra State Fire Service have however arrived at the scene and are battling to quench the fire, with passersby who trooped out in their numbers,” he said.