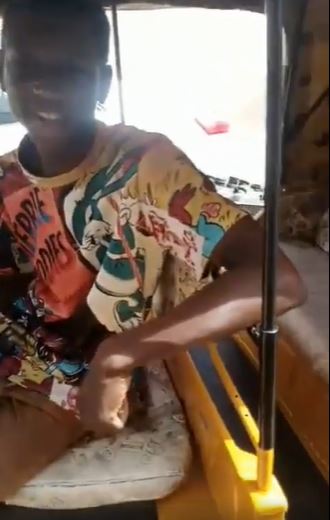 An honest tricycle rider has been hailed online after he returned a bag containing the laptop of one of his passengers.

According to the owner of the bag, the tricycle rider dropped him in front of his house and he forgot to take his bag when he alighted.

Hours later, the tricycle rider trailed him to his house and asked to see him. He then handed over the bag containing the laptop to him.